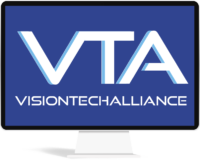 Teaching The Future of Technology

Often, the leap between basic programming and its relationship to robotics is unrealized by the
general public. In fact, it appears too many that a car just works
magically. Most hardware devices to include the vehicles we drive everyday have some sort of code driving how it functions whether it is in the form of firmware coded in the navigational system,
the digital readout on the radio, or even the backup sensor on the vehicle. By learning basic
electrical engineering principles and how these concepts are applied in the real world with physical devices, student can move from theory to reality, leveraging code to control hardware and ultimately build whatever their imaginations can fathom.

This website uses cookies to improve your experience while you navigate through the website. Out of these, the cookies that are categorized as necessary are stored on your browser as they are essential for the working of basic functionalities of the website. We also use third-party cookies that help us analyze and understand how you use this website. These cookies will be stored in your browser only with your consent. You also have the option to opt-out of these cookies. But opting out of some of these cookies may affect your browsing experience.
Necessary Always Enabled
Necessary cookies are absolutely essential for the website to function properly. This category only includes cookies that ensures basic functionalities and security features of the website. These cookies do not store any personal information.
Non-necessary
Any cookies that may not be particularly necessary for the website to function and is used specifically to collect user personal data via analytics, ads, other embedded contents are termed as non-necessary cookies. It is mandatory to procure user consent prior to running these cookies on your website.
SAVE & ACCEPT